Set rules for items that you don't want to sync to or from the cloud.

Accessing Ignore Rules on the UI 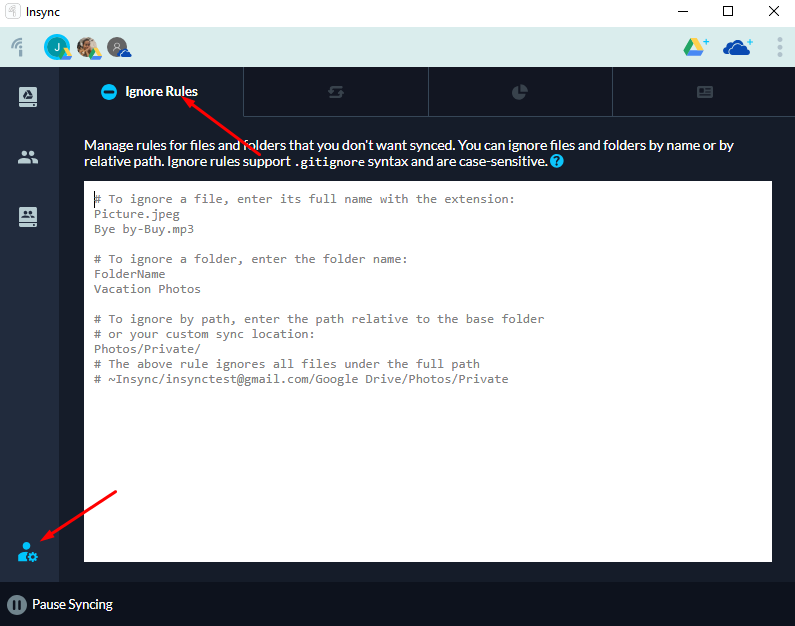 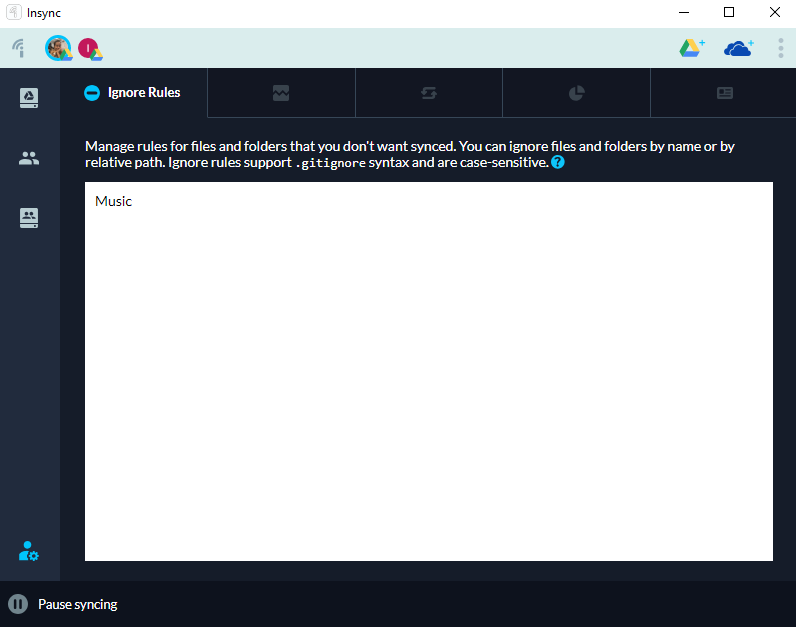 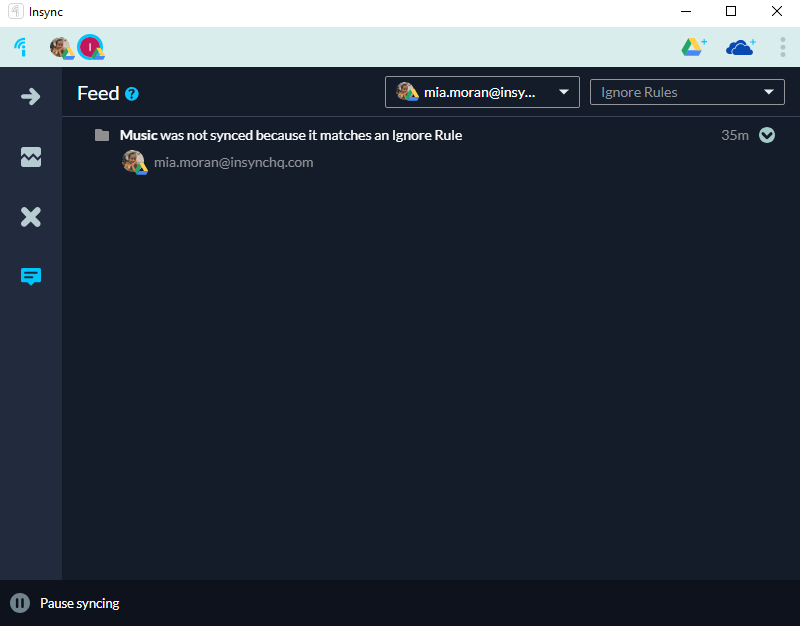 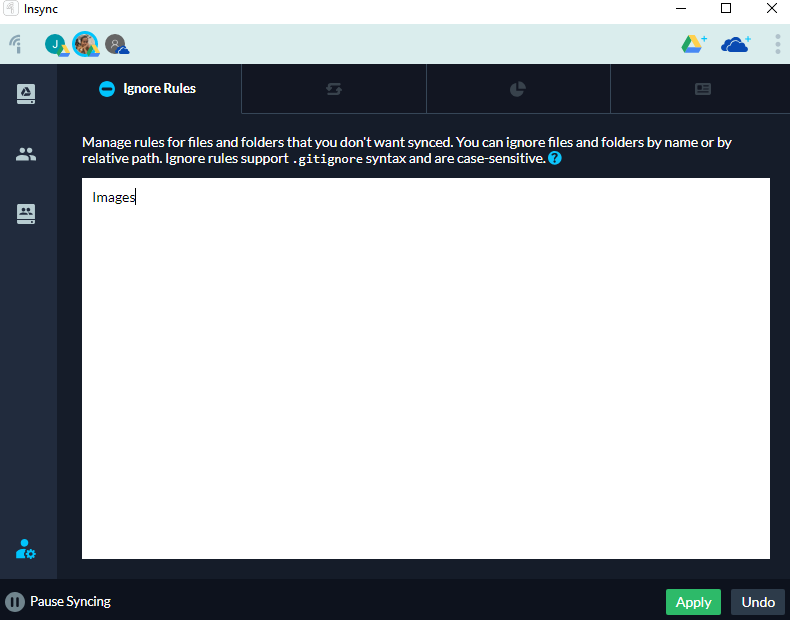 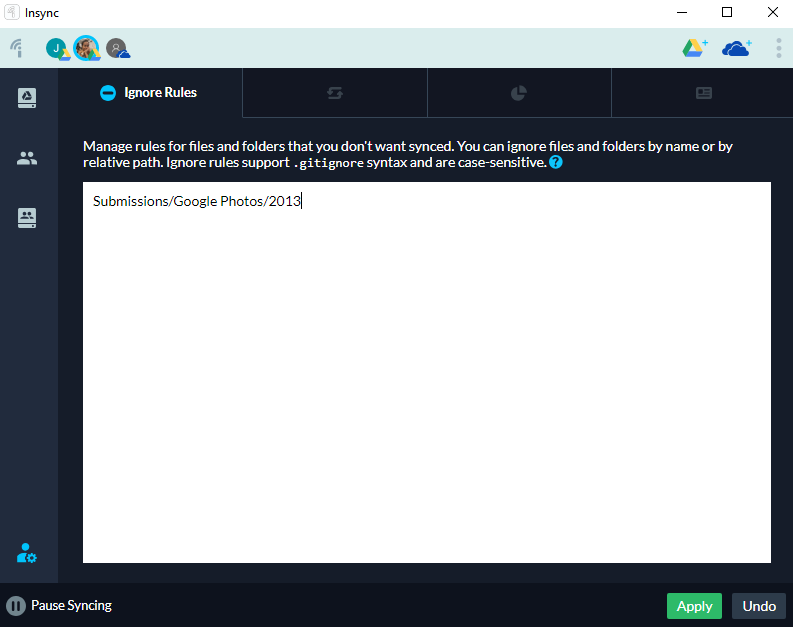 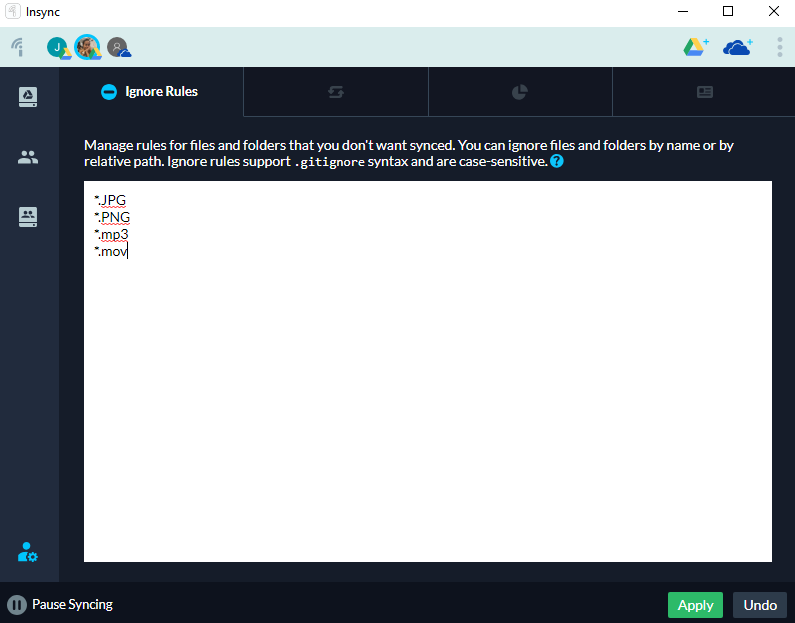 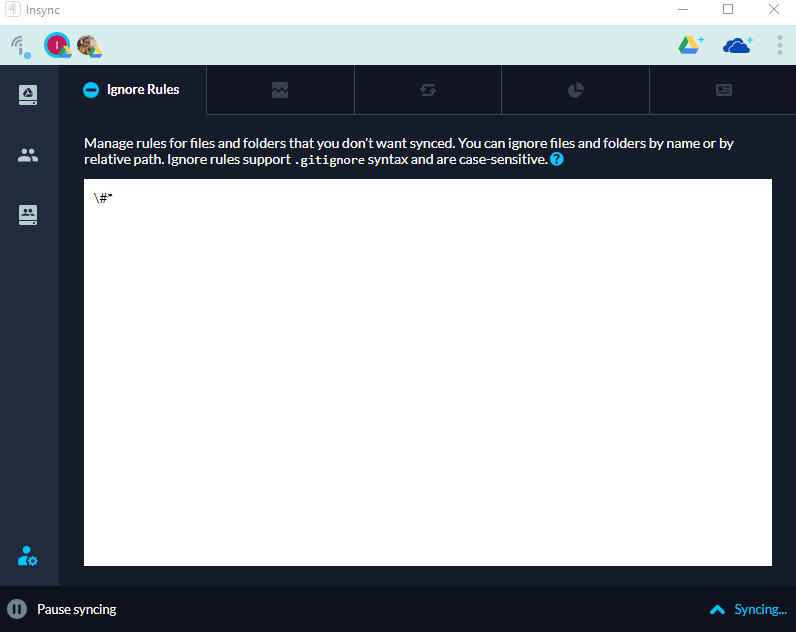 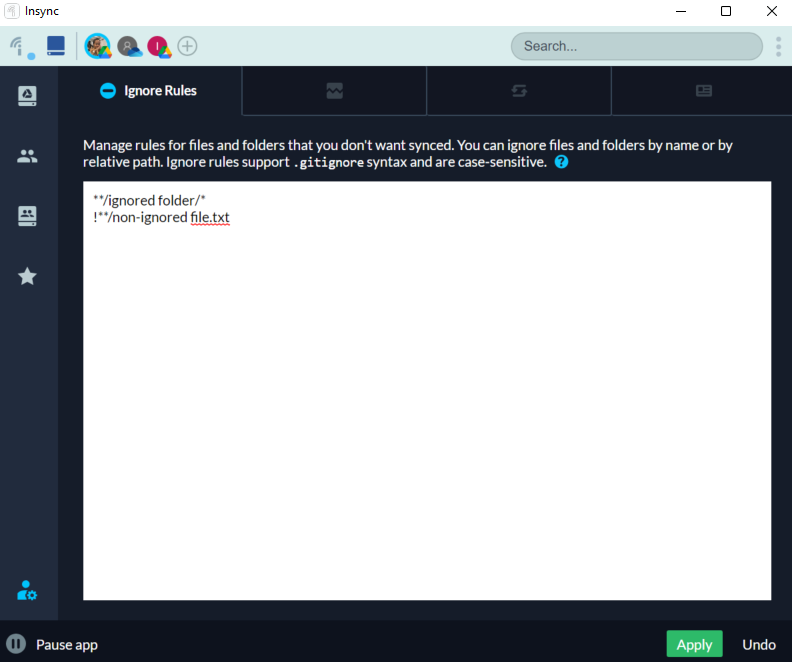 If you're encountering any issues with the Ignore Rules, send a message via chat or email us at support@insynchq.com.

"Relative path" means basically just the part of the full path AFTER the Base Folder path:

If you synced a file/folder to a custom location, the top-level folder becomes its Base Folder.