What's a symlink? How does it behave?

Written by Mia
Updated over a week ago

The objective of this guide is to help users understand what a symlink is, how it behaves with Insync, and how it's supported.

A symlink (also known as symbolic link) is a special type of file that points to another file system object (target). Instead of containing actual data, it’s a reference to the actual file or target. The links appear as normal files or directories, and can be used in the same manner.

What are they used for?

The most common use for symlinks is creating multiple links for important files or folders without having to create duplicate copies. In other words, if you want easy access to some files or folders but do not want to move them from their current location, then symlinks are for you. With Insync symlink support, you can effectively “sync any folder” (or file) to Google Drive. A feature mostly used by power users, it preserves the current folder’s hierarchy and that solves a big problem.

How do symlinks behave when using Insync? How does Insync support symlinks?

If A contains B, and B is pointing to C, then Insync would sync the contents of C to My Drive/WorkPhotos  on Google Drive web. 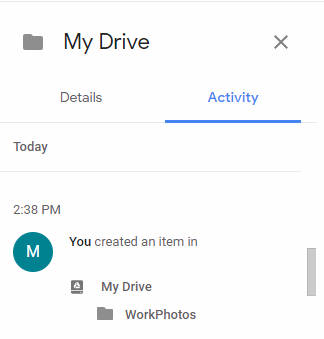 Additionally, if you create another symlink pointing to the same target folder, Insync will not re-upload it on Google Drive. Insync simply ignores symlinks pointing to an existing synced folder.

Are there things we should look out for when using symlinks?

Since symlinks behave like normal files and folders, be careful when you need to make any changes. A use case would be deleting a file from the symlink folder (i.e. WorkPhotos). This action will delete the same file from the target (i.e. Photos at Insync), and vice versa.